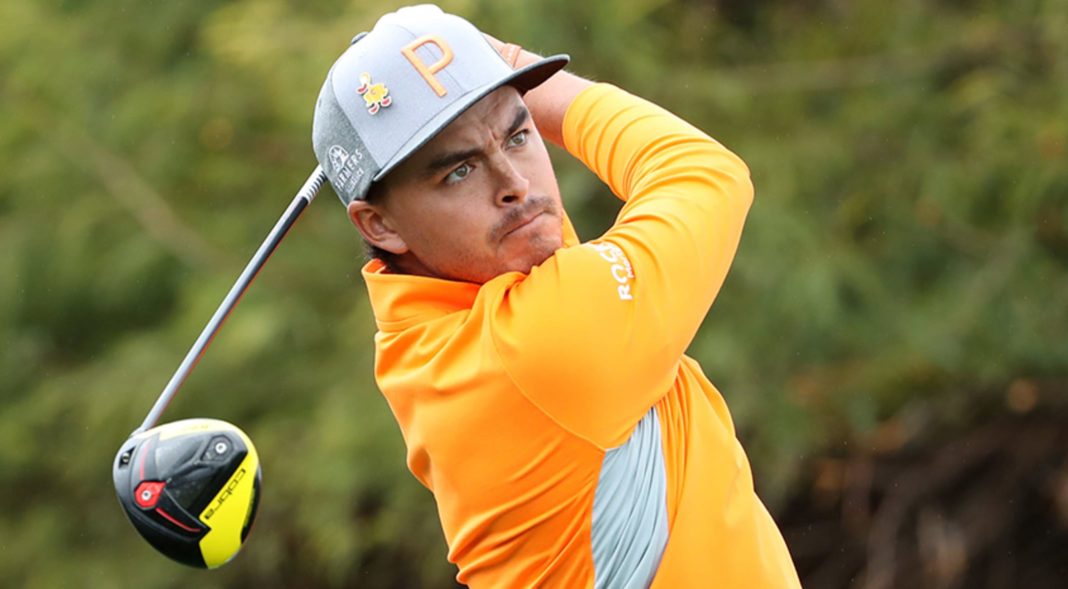 For those of us who were dying for any live golf event during the last three months (the last live event was the first round of The Players on March 12), television provided us with two matches, one on May 17 and one the following Sunday on May 24. One of the matches was quite blah, and one of them was GREAT.

Embed from Getty Images We’ll start with the first match. It pitted Rickie Fowler (most everyone’s favorite with a great deal of charisma) and Matthew Wolff. Matthew Who you say? Matthew Wolff, a second year pro from the great golf factory of Oklahoma State. University who has won one tournament.

Their opponents were Dustin Johnson and everyone’s favorite, Rory McIlroy. Seemed like a lopsided match before it began. The reason that the four were chosen is that they all are sponsored by TaylorMade, and they were the principal sponsors for this Skins Game match.

The match was played at Seminole in Florida, one of the top private clubs in the country with a who’s who membership. The course was wide open, and it needed to be as Wolff hit the ball very far, but often in very wrong directions. Dustin Johnson admitted that he had only practiced twice since the pandemic hit in mid-March. It showed.

McIlroy is the best driver of the ball of any Tour player and he showed it often, although Wolff won the long driving contest with a blast of 357 yards. Rickie Fowler was the best player that day as he birdied seven holes, but it wasn’t enough. McIlroy had four birdies, Wolff three and Johnson, normally a birdie machine, managed only one during the 18-hole match.

The match went down to the 18th, but neither team could win, as they were tied in skins. In fact McIlroy and Johnson had not won a skin since the sixth hole. The result was a closest to the pin contest on the par 3 17th. Wolff hit one of his best shots of the day that ended up 18 feet away, but McIlroy then put it 13 feet away to win the match. Ho-Hum.

To be honest, the day was rather blah. Yes, it was live television, but the banter was limited at the start, and almost non-existent the rest of the day.  Seminole was beautiful, the Atlantic Ocean provided a great backdrop, but the excitement was not there. The skeleton crew were often seen in the background hustling to get in position for the next shots, and the players often had to wait while shots were set up.

The event raised $5 million for COVID-19 assistance which is a wonderful thing. The players donated their winnings, and calls were coming in from fans around the country donating to this wonderful cause.

The next event was one week later and held at Medalist in Hobe Sound, Fla.  Would this be another bust? It was outstanding! I know that because I got three phone calls as soon as it ended from my diehard golf buddies.

It didn’t hurt that Tiger Woods was on one team and Phil Mickelson was on the other. What made it even greater was that Woods had retired football star Peyton Manning as a partner and the GOAT, Tom Brady was Mickelson’s partner.

I think the format had a lot to do with the excitement of the match. It was strictly match play and the format changed for each of the nines. The front nine saw everyone play their own ball as in a typical partners match, but on the back nine they played alternate shots which made it much more cerebral and much more pressure-packed for the quarterbacks. They even had one hole where they had to play the whole hole with one club. Tiger chose a four and  Mickelson chose a six-iron. Both quarterbacks chose 7-iron, but the hole was tied.

Medalist is home for many of the top touring pros including Tiger Woods and Justin Thomas, who served as our roving reporter (although he only had to rove for one match). The weather was awful wet. The match was delayed a half hour, then it rained continually all day. The match would have been delayed more if they didn’t have time constraints for the telecast.

All the players were mic’d up, and the conversations between players, opponents, outside callers, Charles Barkley (who served as celebrity announcer at the 18th and Justin Thomas who followed the players all day was magical—truly must-see TV.

The purse for the match was $10 million, and all four players agreed to donate their share to the COVID-19 charities. Tiger and Peyton won three of the first six holes. The best shot of the front nine was the shot that Brady hit on the seventh hole. Up until that point he had been hitting most shots sideways. He didn’t even have his driver with him. He lost four balls on the front nine.

Barkley who had been making wisecracks right from the start of the match, and his favorite target was Brady. “I want to challenge him even-up,” said Barkley, who is known for an unusual golf game that is not very good. On one hole Barkley commented to Brady, “Hit it on the green and I’ll donate $50,000.” Brady missed by a wide margin.

Brooks Koepka, the winner of three majors in two years, called in and said he would donate $100,000 if Brady could make a par on the front side. On that seventh hole Brady hit his shot right into the palmetto bushes and had to take a drop. He hit his next shot (3rd) to within 137 yards of the green on this par 4 hole. His next shot was a high iron that landed two feet past the hole and spun back into the cup for par–$100,000 from Koepka and it shut Barkley up as Brady said “Take that Chuck” to Barkley was a little quieter for a couple of holes. Brady’s team didn’t win the hole, however, as Tiger lipped out a birdie putt from about 50 feet and then had a tap in.

Peyton Manning has game. We had seen him play at Willowbrook on Cape Cod in a charity event that was run by Paul Fireman for many years. He is very strong and hits it long, although with the very poor conditions and the pressure of playing with Tiger and Phil got to him quite a bit. Manning did make a birdie on the par 3 fourth by sinking a long putt.

Mickelson made some great putts and gave a wonderful explanation of what he was going to do with an uphill chip to a short-sided pin with a wet green—very cerebral and it went just like he said it would. Mickelson and Brady won the 11th hole when Brady knocked in a putt from off the green for an eagle, and then they won the 14th when Manning missed a short putt.

Seattle quarterback Russell Wilson called in and was on the air for a few holes. On the par 3 sixteenth he offered to donate 100,000 meals for needy in the Seattle area for all who could get their tee shots within twelve feet of the pin. Brady hit it to eight feet, Mickelson to ten feet and then Manning hit it 17 inches from the cup. Tiger—well he hit to 18 feet and was the only one to not get the meals donated. The announcer said, “What would be the odds that Tiger would be furthest from the pin?”

The last two holes were tied, so Woods-Manning were 1-up winners. The real winners were the fans who turned in to watch (5 million was the figures used in the count day later) and the charities that would be benefitting from the even $20 million that was raised from call-ins and corporate sponsors throughout the day.

How great is that, and how great was the entire production. Congratulations for raising all that money and providing us fans with a wonderful afternoon of watching golf that will stick in our memories long after we are back playing golf and enjoying life post-coronaviris.