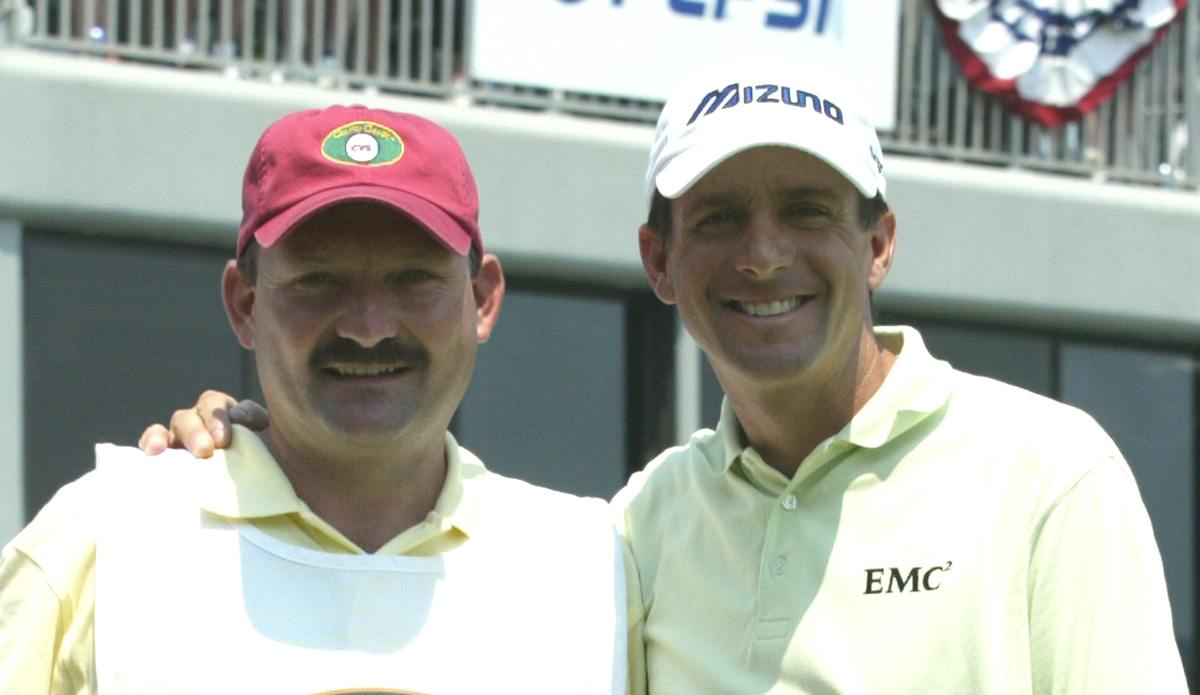 It is difficult to get Billy Andrade to say anything negative about life on the Champions Tour. Andrade all but gushes when he speaks about how he spends his time these days. He makes no effort to hide the fact that he feels he is living the good life.

Push him a little, though, and he does come up with one complaint.

The Rhode Island native is now finishing his second year on the older tour. Like so many others before him, he is finding it truly does offer a delightful way to live, both in enjoyment factor and financial reward. Andrade always has been one to use his outgoing personality to good advantage, and he is finding it is easier than ever to do that on the Champions Tour.

“You can’t take a week off. They’re giving away money,” he says. “You’ve got to go out and have fun. It’s been awesome out there. It’s an awesome place to be exempt to play. It really is more enjoyable than on the main tour. Even guys who were kind of uptight back then are more relaxed and more friendly now. It’s just great being out there.”

The e-word—exempt–is one reason life is so good for Andrade. Even if he was not playing well Andrade could be playing on the tour. Positions are determined not only by what is done on the Champions Tour, but also by what was accomplished on the PGA Tour. In more than two decades on the big tour, Andrade made the cut in 373 events, piled up $12.3 million in earnings and won four times.

Those numbers made him fully exempt for the Champions Tour, which is huge since membership is restrictive and difficult to obtain. Numerous players, among them guys like Newport’s Patrick Horgan and Worcester’s Fran Quinn, have to try to Monday qualify to get into events. Andrade appreciates his situation.

“You’ve find guys in different situations who face different kinds of pressure,” he points out. “There are others like Monty (Colin Mongomery) and (Berhard) Langer who don’t have any pressure. Brad (Faxon) and I are lucky to be in the good situation. It’s pretty cool.”

Andrade jumped his earnings over the $1 million mark for the sixth time in his career in August when he won the Boeing Classic in Snoqualmie, Wash. That came after he and Joe Durant had combined to win a team event in Iowa earlier in the summer. The victory at Boeing, where he edged Langer by one stroke, was especially sweet. He led by three entering the final round, but then triple-bogeyed the par-4 fourth hole. There, he hit a ball out of bounds left, then hit his next tee shot into the tress left.

It stayed inbounds, but was unplayable, forcing another penalty shot. As it was, he chipped in from the rough behind the green for his seven.

“It was the greatest seven I’ve made in my life,” he said.

All of a sudden he was tied for the lead with at least a half dozen others in position to pass him. But he never gave up the top spot as he went 2-under from there.

“I didn’t get flustered,” he said. “I made a triple, but (I told myself) let’s not let one hole screw up a great week. That was my thought.”

“Bernhard, after I won, said when we were on the 18th green, ‘Way to persevere. Way to hang in there. That’s the sign of a champion.’ It’s something I’ll never forget,’’ Andrade related.