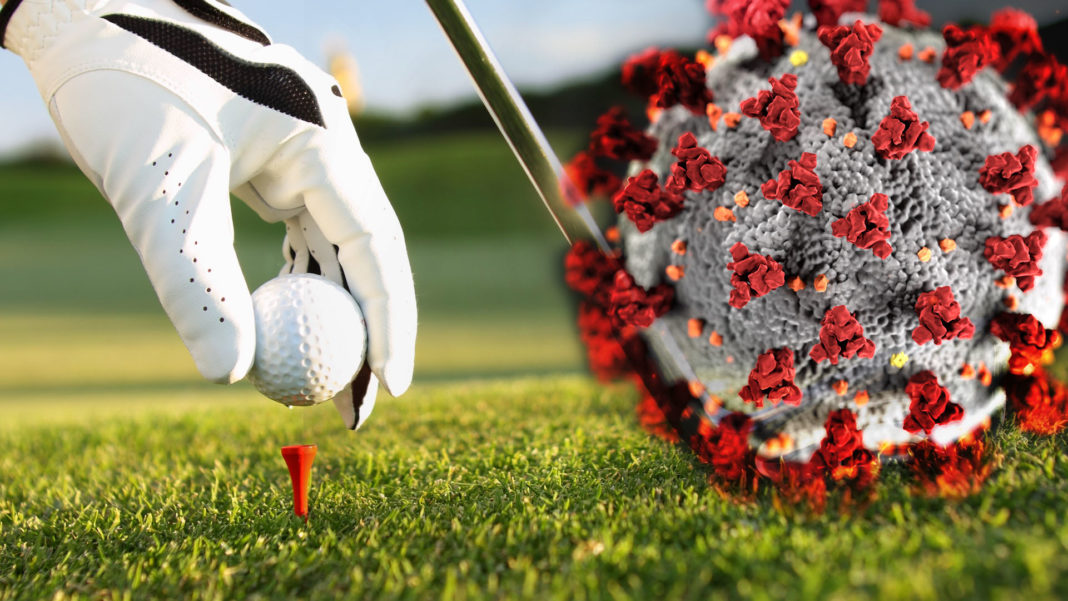 Where were you when you first heard the term coronavirus? We were reading the paper in St. Augustine, Fla. while looking at the Atlantic Ocean in early February. This virus had started in China and there was talk that it could spread around the world. With today’s modern medicines there was little to worry about, right? WRONG!

We went on with our lives, played golf in the warm sun of Florida and were looking forward to a river cruise up the Mississippi in early March. We flew to New Orleans on March 8, spent two days in that bustling city, including the crowds on Bourbon St., and then boarded the river boat.

It was near the end of the cruise when everything changed. Opryland emailed us to tell that our theater tickets were cancelled for St. Patrick’s Day as they were closing for the foreseeable future. The riverboat announced that it was their last trip, and all employees had to leave the boat to travel home, except a skeleton crew to bring the boat back to New Orleans. We scrambled to change our flight and got home on March 16.

The middle of March was when everyone was panicked about the coronavirus pandemic. Governors in Southern New England were faced with tons of decisions, even about golf. Was it safe to keep golf courses open? Could golfers keep their distance between players? Connecticut courses were closed for only two days, Rhode Island stayed opened, then closed, then reopened again after a couple of weeks. Massachusetts was the last state in the country to open causing much controversy.

Certainly, golf isn’t the main concern when choosing what is, and what isn’t an essential business. Maybe some of us diehards think it is the most important activity, but it really is far down the list when thinking of the safety of the population.

In the middle of March when everyone was starting to panic about the coronavirus pandemic that was spreading quickly through parts of the United States, the governor’s in Southern New England were faced with a ton of decisions, and even about golf.

Was it safe to keep open golf courses? Could golfers keep their distance between players? What about touching golf carts, pins, ball washers, rakes in traps, bathrooms, port-a-potties? Connecticut courses were closed for only two days. They closed on March 25 and reopened on March 27 and remained open through the whole process, except for Fairfield County that is close to the major problems in New York and remained closed. Connecticut also allowed out-of staters to come and play which helped the courses’ revenue tremendously. Governor Ned Lamont has been praised by golfers and course owners alike for his stance on golfing in Connecticut.

Rhode Island courses stayed open when the pandemic hit in March, but severe limitations were put on players. The groups had to be social distancing, the tee times were fifteen minutes apart and the players had to walk. A short time later carts were allowed, but only with one rider unless the pair were from the same household. They then closed for a short time, then reopened again with the approval of Governor Gina Raimondo. She has not allowed out-of-staters to play golf in Rhode Island, however, and that has caused several courses to see a huge drop in play.

Massachusetts was the last state to reopen its golf courses, much to the chagrin of golfers and club owners, many of whom had suggested mutiny. There was a larger-than-most-state proportion of coronavirus cases in Massachusetts, and Governor Charlie Baker, a non-golfer, felt that golf was not something that should be exempt from closing. Courses were closed the last week of March and didn’t reopen until May 7. There was a great deal of controversy in Massachusetts. Massachusetts does allow out-of-staters to play in Mass., so that is helping at the present time.

There Will Never Be Another Arnold