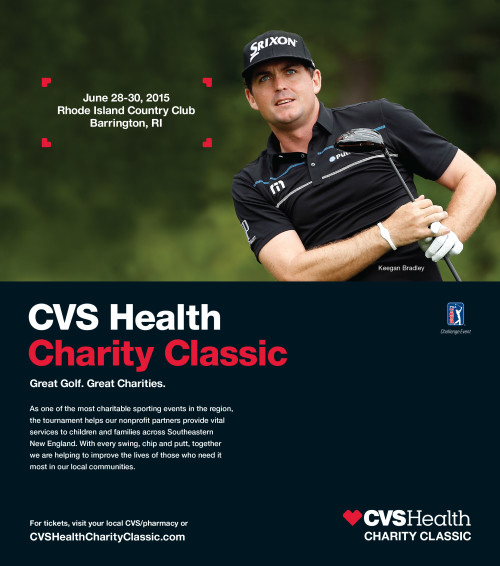 As the CVS Health Charity Classic gets set to tee off for the 12th consecutive year at Rhode Island Country Club later this month, here are a dozen of my fondest memories in inverse order from this great event:

12. In 2004 there was a Great White Shark sighting in Barrington.  Not to worry.  It was only Greg Norman.  Whether it’s his accomplishments in pro golf over the years or his gentlemanly way about him, people seem to be drawn to him.  After seeing him in person, it was easy to understand why everyone seems to root for the man.

11. Joining Norman at the top of the list of true gentlemen are Nick Price and Gary Player.  Maybe their accents help with that perception, but seeing them in person confirms it.  They epitomize class.  Price has also won this event three times, once at the expense of Player and Brad Faxon in a playoff.

10. Speaking of that playoff in 2001, after Brad Faxon missed his 45-footer for birdie it was all up to Player who had a 15-footer for birdie to force a playoff with Price and Mark Calcavecchia.  The veteran did not disappoint the crowd at the 18th hole.  He drained the putt sending the crowd into frenzy while getting a high five from his partner and tournament co-host.

8. On a serious note, the addition of LPGA Tour players was a big plus when they first made the move in 2007.  It gave fans a great appreciation of how talented they are and, like some of the gentlemen listed above, how personable they are as well.  Their charm, elegance and grace have not gone unnoticed.

7. Pick a player’s clinic, any clinic!  They have all been full of laughs and lots of fun.  The most enjoyable part has been watching Peter Jacobsen impersonating his fellow golfers, many of whom are sitting behind him on the 18th green.  Their reaction and that of all the players is priceless.

6. While I was walking with a group that included Kenny Perry and Jerry Kelly, Perry had just driven his tee ball some 40-yards beyond Kelly.  As he walked by Kelly he said, “Hey Jerry, I Walmarted you!”  Kelly seemed confused and asked Perry what he meant.  Perry’s response was priceless. “You see the distance between our drives,” he said?  “There’s enough room to build a Wal Mart there.”

5. John Daly showed up on the first tee with an oversized soda and sunglasses on looking as if he had a rough night.  I was told that he made a trip to Foxwoods and didn’t return until early in the morning.  Nonetheless, he proceeded to hit one of his patented bombs down the first fairway seemingly no worse for the wear.

4. Back to back holes in one at the 17th by Lee Janzen and Scott McCarron in the inaugural Classic back in 1999. Even though the hole was only insured for one car, both received a new Dodge courtesy of the generous Tom Ryan and CVS.

3. As the starter for the event since its inception, I have had the privilege to introduce many great golfers to the crowds surrounding the first tee.  And I have always enjoyed introducing two great Rhode Islanders in Brett and Dana Quigley each year.  The tournament has been a family affair of sorts for the Quigley’s who are fantastic people.

2. Introducing so many legends like Jack Nicklaus, Arnold Palmer and Lee Trevino has been an absolute thrill for me.  And it has been a thrill for southern New England golf fans to see them up close and personal over the years in this event.

1. Shaking Brad Faxon’s and Billy Andrade’s hand and then introducing the tournament co-hosts each year on the first tee. Sometimes I wonder if we take these guys and all that they do for granted. They are two Rhode Island treasures and, along with the support of CVS Health, are responsible for staging this great event each year that has raised 13 million dollars for local charities. To them I say, “thank you!”

Scott Cordischi hosts a sports talk show on WEEI 103.7 on Saturdays. He is a featured columnist in Southern New England Golfer.

This is the first time that we have ever had guns in a picture (back cover) in our publication. “What are golfers supposed to...
Read more