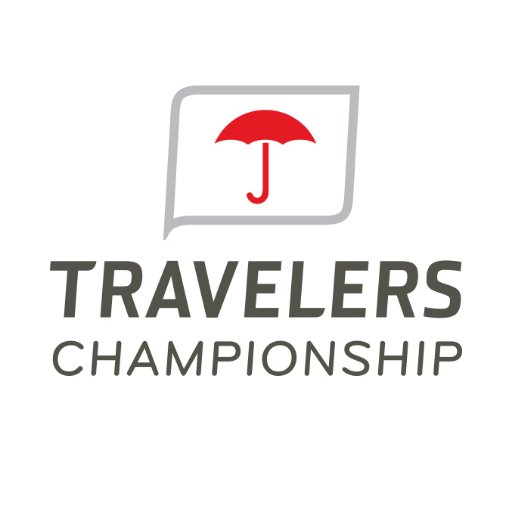 HAMPDEN, Mass. – As Chris Tallman walked off the eighth green at wind-swept GREATHORSE Country Club after carding a double-bogey 7, his mother Linda and close friend Bill Shanahan approached the 2018 Connecticut Section PGA Player of the Year.

“They gave me a few words of encouragement, said, ‘Don’t give up, keep your chin up,’ ” Tallman recalled about three hours later.

So how did Tallman respond? He hit a poor tee shot on the par-3, 175-yard ninth hole but recovered as well as imaginable, sinking a 60-foot putt for birdie 2.

“Number 9 was a turning point,” a smiling Tallman said in one of the all-time major understatements.

A turning point, indeed, but a mere portent of what was to come in a stunning one-hole playoff victory over Kyle Bilodeau in the Section’s Spring PGA Stroke Play Championship that earned the winner a spot in the $7.2 million Travelers Championship at TPC River Highlands in Cromwell.

The improbable birdie in winds continually gusting from 20 to 30 mph gave Tallman a 4-over-par 40 on the front nine but got him within three shots of playing partner Kyle Bilodeau, who shared the first-round lead with Tallman at 5-under 67.

When Tallman made two birdies and one bogey on the 10th, 11th, 12th holes while Bilodeau had three bogeys, the battle was on. Tallman got even again when he birdied No. 13, but Bilodeau regained the lead when he two-putted the par-5 14th hole for birdie. Tallman made solid saving par putts at Nos. 15 and 16 while Bilodeau was making bogeys, giving Tallman a one-stroke lead with two holes to play.

After some contemplation on what to hit off the tee on the dogleg-left par-4 17th hole, the long-hitting Tallman elected a driver, but he failed to hook his shot over a stanchion of fairway bunkers, his ball going straight into the edge of trees on the other side of the fairway. After taking a few more minutes to try to determine how to hit his second shot from a horrific lie, Tallman chopped his ball out of underbrush and into a fairway bunker. He hit his third shot short of the green, but despite getting up-and-down for a well-earned bogey, he fell back into a tie when Bilodeau parred the hole.

Tallman and Bilodeau each hit the fairway on the hardest hole of the day, the 440-yard par-4 18th that averaged 5.25, but they left their approach shots into the wind short of the green. Tallman missed a 15-foot putt for par, and Bilodeau then narrowly failed to convert a 12-footer that would have given him his third tournament title.

Tallman and Bilodeau each finished with a 6-over 78 for a 36-hole total of 145, so it was back to the difficult 18th hole for the most memorable finish in tournament history, Tallman’s 48-foot birdie putt with a right-to-left break of about eight feet curled into the cup, giving him a berth in his first PGA Tour event.

“There’s a knoll on the left side of the green, so I was just trying to get it close,” Tallman said. “I hit the ball with a nice pace, and it just went in.”

Tallman’s second brilliant/fortuitous stroke of the day ended a rather torturous five hours for most of the 39 players, who averaged 81 despite the course being shortened by about 300 yards with lift, clean and place in effect because of the difficult and soggy conditions.

“The wind was just brutal,” said Tallman, who had a tournament-high 10 birdies. “The course played entirely different from (Monday) when it was a lot more gettable and had a lot easier setup. I didn’t putt that well today, but I was able to keep the ball in the right places when I had to so I could hit into the greens from the right spots.”

Tallman, 32, who is in his fifth year as the general manager and head pro at Cold Spring CC in Belchertown, Mass., certainly hit the green and decisive putt in the right place on the first extra hole. A $1,400 first prize would pay some bills, but getting to play against some of the best players in the world in the biggest sporting event in Connecticut was Tallman’s biggest prize.

“Last year, my goal was to be Player of the Year,” said Tallman, who clinched that achievement for the first time with a seven-stroke victory in the Connecticut Section Championship. “This year, my goal was to make the Travelers Championship. Now I’d like to make the (Travelers) cut and get to the weekend, which would be really rewarding because I’ll really interested in junior golf. I work with about 40 juniors at the club, and a lot of them have said that they would come to watch me play if I won.

Tallman also expects his girlfriend, Kyleish Wells, an electrician whom he lives with in South Hadley, Mass., to be walking around TPC River Highlands in his gallery.

“She has been totally supportive in everything that I’ve done, my backbone and encouragement,” Tallman said. “She couldn’t be here today because she had to work, but she’ll definitely be at the Travelers Championship.”

Bilodeau, the assistant pro at the Golf Club of Avon who won the tournament in 2013 and 2015 and was bogey-free in the first round, had to settle for the $1,100 first prize after he and Tallman finished three strokes ahead of three players – Bob Mucha (Edgewood GC-Southwick, Mass., 73), Fran Marrello (Canaan CC, 79) and Jordan Gosler (Twin Hills CC-Coventry, 78). Defending champion Corey Harris did not play.

Richard Hayes of Silver Spring CC of Ridgefield shot 9-over 216 for 54 holes to win the Connecticut State Golf Association Palmer Cup at the Country Club of Waterbury, where winds swirled up to 25 mph.

“It was like guesswork out there,” said Hayes, 33, a PricewaterhouseCoopers consultant. “You’d look up at the trees and they were leaning one way and the flag was blowing another way and a flag on another hole was going still another way. Brutal.”

Hayes played at Colgate and has since won three consecutive Silver Spring club championships, qualified for the U.S. Mid-Amateur twice and is a former member of the CSGA Tri-State team.

Conroy, who won the 2018 CSGA Amateur Championship, finished one ahead of Chandler Morris of the host club and the University of Connecticut, who closed with 70-75 for 218. He was one better than Chris Bennett of Madison CC (76-72) and Bill Hermanson of the Black Hall Club in Old Lyme (73-71).

The tournament is named for the late Russell C. Palmer, the CSGA executive director in 1986-1995 who was inducted into the Connecticut Golf Hall of Fame in 1997. Palmer’s numerous accomplishments included establishing the use of GHIN throughout CSGA member clubs and initiating the purchase of the “Connecticut Golf House” that has served as the home of the CSGA for 30 years.