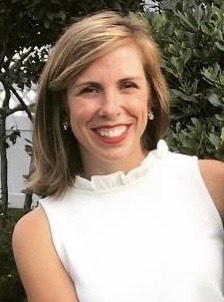 Providence, Rhode Island, January 31, 2020 – The John P. Burke Memorial Fund (“Burke Fund”), which provides college financial aid to students who have worked in the golf industry, has named Amanda Parker its new Executive Director effective January 1. A former Burke Fund scholar herself, Parker brings a decade of non-profit and development experience to her role as well as a passion for golf.

As Executive Director, Parker will lead and implement a strategic fundraising plan to further the Burke Fund’s mission of providing assistance to Rhode Island students as they pursue their secondary education goals. Established in 1946 and named after John Burke, a Newport resident and talented golfer whose career was cut short by WWII, the Burke Fund is one of the oldest golf scholarship programs in the country. It assists qualified students who have worked for at least two years in the direct service of members of a Rhode Island Golf Association affiliated club – who must nominate applicants – by providing need-based aid ranging from $750 to $4,000 a year for up to four years at an accredited college or university.

“As a past Burke Scholar, accomplished golfer, and proven development professional, Amanda has the background and vision to lead the John P. Burke Scholarship fund as it enters its 74th year of providing financial aid to deserving college students,” said Joseph P. Calabro, Jr., President of the Burke Fund. “This year, we have committed to awarding $195,500 in student assistance, and Amanda will be integral in ensuring we continue to meet the needs of students going forward.”

“I am honored to have the opportunity to become the Executive Director of The Burke Fund,” said Parker. “As a former Burke Scholar, I know how important this scholarship is to our scholars’ families. I look forward to being a part of the effort to bring the Burke Fund to the next level, making a positive difference in our scholars’ and their families’ lives for many years to come.”

In addition to serving as Executive Director, Parker is also the Development and Events Coordinator at San Miguel School of Providence. Previously, she was the Assistant Women’s Golf Coach at Johnson & Wales University, National Sales Manager at the Providence Warwick Convention & Visitors Bureau, Coordinator of Club Relations and Events for the Francis Ouimet Scholarship Fund, and an Admissions Counselor at Saint Mary Academy Bay View. Parker earned a Bachelor of Science in Sport Management from Sacred Heart University and a Master of Business Administration from Johnson & Wales University.

For more information about the Burke Fund, visit www.burkefund.org.

About the Burke Fund

The Burke Fund is a 501(c)(3) organization whose scholarship program encourages youngsters to succeed in personal work ethic, academic achievement, and contributions to their schools and to their communities. It is committed to keeping pace with the increasing costs of a college education by meeting a greater portion of a student’s unmet college costs with four-year scholarships awarded to those who have work in golf operations, course maintenance, or in a clubhouse directly serving golfers. For more information about the Burke Fund, visit www.burkefund.org.

There Will Never Be Another Arnold