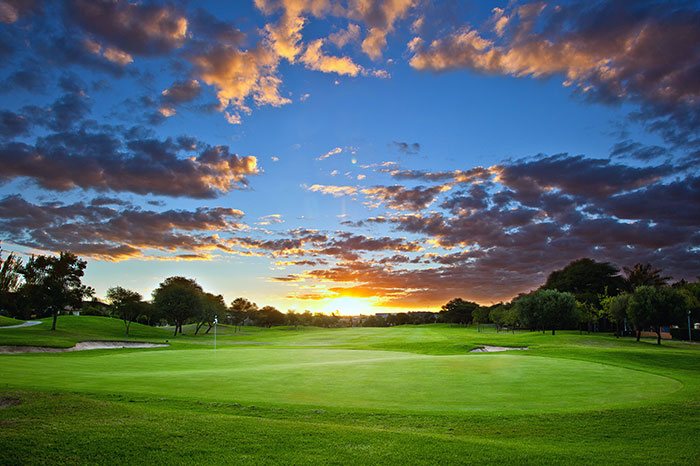 Many golfers say they would love to play every day. David Blakelock is taking that to an extreme.

The Needham resident is in the midst of playing 100 golf courses in 100 days, starting in California and ending in Massachusetts, crossing 9,368 miles and 25 states, in hopes of raising $100,000 for Alzheimer’s research. “It’s either a golfer’s dream or a golfer’s nightmare,” is how Blakelock describes it.

Blakelock’s mother-in-law died of Alzheimer’s disease in July and his mother now has the debilitating disease, prompting him to search for a way to raise funds and awareness for the cause. He came up with 100 rounds of golf in 100 days, a logistical nightmare that saw him begin March 14 at JW Marriott Desert Springs Resort and Spa in Palm Desert, then on to Nevada, down to Arizona and Texas, across to Florida, up the East Coast, over to the Midwest, and through the Northeast corridor before finishing his trip with three courses in his home state.

Blakelock, a 57-year-old retired entrepreneur, worked with the Alzheimer’s Association to coordinate and promote the trip. The nonprofit organization urged him to conclude the journey on June 21, the longest day of the year. That round will be played on Pinehills Golf Club in Plymouth.

“The day with the most light is the day we fight,” the association says in explaining why the summer solstice is its biggest fundraising day of the year. Visit Blakelock’s website www.100days100courses.com for more information about the trip and how to donate.

The United States team’s performance at last year’s Ryder Cup, a 17½ to 10½ defeat, was to say the least disappointing. However, one Cape Cod man enjoyed it.

Ryan Walsh, the superintendent at Woods Hole Golf Course, assisted with preparing Le Golf National outside Paris, the site of the European team’s runaway win. He was assigned to manage the putting greens, driving ranges, short game areas and other practice settings.

Walsh earned the opportunity after winning a contest run by the Golf Course Superintendents Association of America. He had a couple concerns early on, among them the language barrier, but he said the bilingual staff helped him along the way. He also had to adjust to measuring in centimeters instead of inches.

“I get frustrated how we’re the only ones who don’t use the metric system,” Walsh told the Cape Cod Times. Walsh’s days were long and exhausting, starting at 4:30 a.m. and ending at 9 p.m., but he did get in chats with U.S. captain Jim Furyk and vice captain Steve Stricker.

Perhaps the best moment came the Thursday before play began, when Walsh attended a ceremony recognizing the work of all those involved in the game. “It’s nice to see people of that stature and players of the world take the time to show their appreciation,” he said.

The Cape Cod Chapter of the New England PGA gave out a number of awards at its recent spring meeting. The top honor, Professional of the Year for 2018, was presented to Eastward Ho! head professional Brian Hamilton. Cummaquid Golf Club assistant Thomas Rourke was the 2018 Assistant of the Year.

Other winners include Teacher of the Year Greg Richbourd of Cape Cod National and the chapter’s Junior Leader of the Year, Holly Ridge’s Darren Falk. The Wessner points winner, given annually to the player who accumulated the most points during chapter and regional events, went to Bay Point Country Club’s Scott Trethewey, who edged out Matt Baran of Oyster Harbors.

Anyone who has played Cape Cod’s 13 excellent municipal golf courses knows that they are almost always crowded. So why are they sinking into debt?

The Town of Yarmouth, which operates Bass River and Bayberry Hills clubs wanted to know, so town officials hired a consultant, JJ Keegan. His conclusion: Resident golfers are paying too little while squeezing out visitors who are paying a much higher rate to play.

Approximately 62 percent of all play is produced by a small group of residents who pay $750 to $1,000 for a yearlong membership, allowing them to play as much as 200 rounds per season. That comes out to as little as $3.50 per round for those residents but only accounts for 29 percent of the revenue, not enough to keep the courses in the condition expected by customers, Keegan said.

Keegan, at a conference last month attended by officials from other Cape towns that operate municipal courses, recommended that residential rates be increased to $2,000 or more. “Good deal or not for your residents, in the end, to sustain your golf facilities, it comes down to value equaling the total experience for the price,” Keegan told the town officials.

Another Eastern Massachusetts golf course has closed its doors. Middlebrook Country Club, a 63-year-old, nine-hole, par-34 layout at the southern end of Rehoboth, shut down in October. The owners are planning to convert it into a solar farm.

In nearby Attleboro, it appears the last rounds have been played at Highland Country Club. The nine-hole private club founded in 1901 sought bankruptcy protection in January 2018 and was purchased by the City of Attleboro nine months later. Mayor Paul Heroux put together a 15-member task force to determine what the city should do with the 93-acre property.

However, only two of the 15 members urged the city to pursue golf at Highland. As a result, Heroux has renamed the site Highland Park and a local businessman has donated $50,000 to establish walking trails there. The initial public event there, a 5k run to benefit the Attleboro YMCA, was held on April 27.

Mike Kirby, a columnist for The Sun Chronicle of Attleboro, can be reached at mkirbygolf18@gmail.com.

Kyle Gallo has achieved on many levels in Connecticut golf, especially winning a record-tying Connecticut Open titles. So it’s no surprise that Gallo was...
Read more