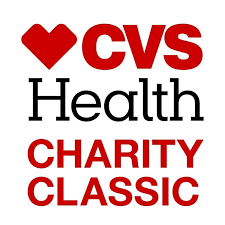 WOONSOCKET, RI (June 11, 2019) – With some of the biggest names in golf slated to appear at Rhode Island Country Club, the CVS Health Charity Classic returns June 24 as one of the largest charitable events in Rhode Island. The one-day professional tournament will feature six teams, each comprised of one player from the PGA, LPGA and Champions Tour.

The complete list of teams for the 2019 CVS Health Charity Classic is as follows:

Fans will enjoy a world-class field of competitors at this year’s event, including six-time LPGA winner So Yeon Ryu, three-time PGA TOUR Champions winner Rocco Mediate and Rolex No. 4 Lexi Thompson. Kevin Kisner is also set to return to the Charity Classic after his win at WGC-Dell Technologies Match Play in March.

In addition to the professional golf tournament on Monday, June 24, fans can enjoy:

The CVS Health Charity Classic supports nonprofit organizations across Southern New England. Single day tickets are available for $20 each at ticketmaster.com/CharityClassic. A limited amount of tickets are also available for Crave RI on June 20 + 21 for $23. This two-day food festival will highlight Rhode Island’s diverse culinary scene at the Dunkin’ Donuts Center in the heart of Downtown Providence. Since its inception in 1999, the Charity Classic has donated more than $22 million for Southern New England nonprofit organizations that provide vital funding to a range of programs serving children and families.

For additional information on tickets, fans can call 1-800-745-3000 or visit cvshealthcharityclassic.com.

Orange Whip Golf is the leader in the golf training aid category and the Orange Whip Trainer has been voted the #1 Teaching and...
Read more